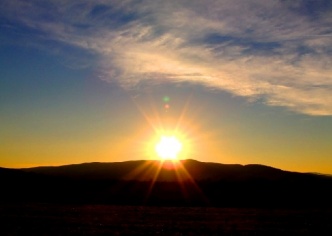 Each year, the Alzheimer’s Association holds their Longest Day event on the summer solstice. It’s a sunrise-to-sunset event symbolizing the challenging journey faced by those living with Alzheimer’s and their caregivers.

Alzheimer’s doesn’t discriminate, and it certainly never takes a vacation. This brutal disease is hard at work day and night, 24x7x365, dishing out anxiety, agitation, and even terror for the person in its throes. Each day, it tosses out new challenges – memory impairment, yes, but how about some hallucinations and a bit of aggression and paranoia to keep things interesting.

For caregivers, Alzheimer’s has a healthy serving of depression, grief, stress, and uncertainty. Add to that financial worries, lack of sleep, and the emotional distress of watching a loved one slip away slowly. Respite? You must be kidding – who has the time or resources for respite?

This is life for 15.7 million family members and friends who provide care to people with Alzheimer’s and other dementias in the United States alone. That’s an estimated 17.9 billion hours of unpaid care valued at $217.7 billion.

What I’ve described here really only scratches the surface. Until you’ve lived it firsthand, you just can’t imagine the destruction Alzheimer’s leaves in its path.

For those who haven’t experienced it, I hope you never will. However, I must tell you the odds are not in your favor. Without a medical breakthrough, it is estimated 13.8 million Americans will be living with Alzheimer’s by the year 2050.

What will you do to make a difference today, tomorrow, and in the weeks and months to come?