In my recent review of Angel’s Perch, I promised an interview with the film’s producers, J.T. Arbogast and Kimberly Dilts (Arbogast also wrote and starred in the movie).

Shortly after signing on to host a Tugg screening, I received my first email from Kim and knew instantly I was dealing with two very special people. That first impression was right on point; I can’t say enough good things about this talented couple!

After reading everything I could find on Angel’s Perch, I wrote J.T. and Kim asking if they would be willing to answer a few questions. I hope the result will help give you a better feel for how the idea was born and what it took to bring the story to life.

Q: When did you know you wanted to make the movie, and was there any single thing that brought you to that realization?

JT: I had always known that I was going to try to do something to shine a light on this little town of Cass that my family calls “home.”  Although I grew up in Pennsylvania, a lot of the memories and events that helped to define who I am today are found in those West Virginia mountains. My parents grew up and met in high school there, most of my extended family still lives there and, in 1960 when the mill shut down and the lumber industry left, my grandparents (along with some other locals) worked tirelessly to convince the state to purchase the town and turn it into a state park.  From that point on, no matter where they were, whether it was 30 miles or 3,000 miles away from home, they were inviting people to come to Cass and ride the train.  They were so proud of this place that they wanted the world to see it.

After my grandmother’s passing in 2008 and I began to reflect on her battle with Alzheimer’s disease and the toll it took on our family, a story started kicking around in my head and it wouldn’t let me go.  I started writing in late 2009 with no real plans to make a movie, only knowing that I needed to get it out on paper.  I shared it with Kim in August of 2010, thinking that maybe this was more than just an exercise and knowing that she would be honest.

KD:  Ultimately, my decision to make the film came around to two things: 1) I love my husband and knew this was a dream of his.  2) I wanted him to have the opportunity to tell this very personal story and to create something that might open doors for us in the future.  As a performer, you are constantly at the mercy of the telephone—always waiting for it to ring.  When you make your own work, there’s an ownership and agency to the process that you don’t get when you’re just waiting, waiting, waiting for someone to hire you—for someone to tell you you’re good enough to do the thing you love.

Q: What was your family’s reaction to the idea?

JT: When we made the decision to make the film, I sent my Mom the script to read and then, when we were home for the holiday, we talked about it.  She cried when she read it, but it was a “good” cry, if that makes sense.

I knew it would be hard for them.  Even though the story is fictional, it’s hard not to see bits of my grandmother all over this movie…little things that only the family would know.  But, they have all been incredibly supportive.

Q: What made you go with grassroots distribution using Tugg as opposed to other options? Was Tugg part of the original vision? 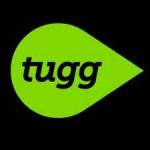 KD: Tugg didn’t actually exist when we started this process! The incredible thing about being a filmmaker at this point in time is that it’s a little bit like the Wild Wild West.  The things we used to understand about distributing a film are no longer true, and the technology and tools are rapidly evolving.  We originally thought, like most filmmakers, that we would go the festival route.  But when we took a hard look at what a festival release and subsequent distribution deal would bring in, we realized we wouldn’t likely be able to recoup even our tiny production budget.

Right around that time, we discovered Tugg, and that changed everything.  It showed us that by self-distributing, we could actually have a wider release in theatres than we could have with a distribution deal.  Like many other filmmakers, we discovered that we had a better chance of breaking even (and maybe making a little money), by self-distributing—going directly to our audience without a middleman.  It requires much more elbow grease, but it’s very gratifying.

Q: Initial funding was raised through Kickstarter. What was the elapsed time from the launch of your Kickstarter project to completion of the film?

JT: We made the decision to make the film in August of 2010 and spent most of the fall/winter getting our legal paperwork in order, finding our director, and getting all the proverbial “ducks in a row” to start the project on the right foot. We launched our Kickstarter campaign in March of 2011 and we wrapped post-production (final credits locked and ready for premiere) at the beginning of May 2013.

Q: What “roles” did Cass residents play in the making of the film, aside from extras?

JT: Well, two of our main cast members are Pocahontas county locals! Mike Holstine, who plays Doc. Snyder in the film, is actually the business manager at the National Radio Astronomy Observatory in Green Bank, WV. NRAO was such a great partner for us, providing housing for our crew as well as some equipment that we needed.  Mike found out about auditions, came down and just knocked it out of the park.

And, Homer Hunter, who plays Delbert and just about steals the film away from everyone else in it, is also a local and man, we were lucky to get him. He’d never acted a day in his life, but you sure wouldn’t know it by his performance.

Beyond that, the locals were just an incredible help, providing transportation for some of our cast and crew, lending us equipment, bringing food to the set to keep everyone happy and well fed (seriously well fed!), volunteering countless hours to help bring this film to life. You can look at the long list of credits and see there were so many people to thank. It was incredibly humbling.

Q: The UK is quickly becoming a leader in dementia research and advocacy. Do you plan to distribute the film in Europe?

KD: It’s certainly a possibility! The more buzz we can continue to build through our screening series, the more likely we are to be able to leverage that into a wider distribution (both U.S. and International). We’ve got people knocking on doors, just need the right door to open up.

Q: What’s next for J.T. Arbogast and Kimberly Dilts? Can we expect to see another film?

JT: Our next project involves a very comfortable bed, preferably near a beach, and we are tentatively calling it, “Sleep”.  It’s been a very long road to getting this film made and, right now, we can’t even see beyond the challenges of getting through the week!  That being said, we have a couple of other projects that we are kicking around that could be next on the docket.  Ask us again in a couple of months.

If you haven’t seen the film yet, there are plenty of opportunities coming up through the rest of this month and into October.

For ticket information, visit the website, and remember if you don’t see your town on the schedule, YOU have the power to make it happen. Just visit Tugg for more information or feel free to leave a comment or drop me an email if I can answer any questions.

I also learned this week that Tugg just launched an exciting new tool allowing folks to host screenings in a non-theatre setting. If you know of a community organization that might want to screen the movie for their constituents, a license to show it in a community center, church, school, et cetera, can be purchased for a low flat-rate on Tugg’s website.  With this option, there are no restrictions on ticketing.

Would your local chapter of the Alzheimer’s Association be willing to host a community screening? If so, please share this information with them or any other organization you think might be interested! More information can be found at: http://licenses.tugg.com/products/angels-perch.

In addition, the film will be available On Demand via most cable operators in early winter, as well as on DVD/Blu-ray. Would you like to be among the first to know when it will be released through those channels? If so, take a minute to visit http://www.angelsperch.com, and click the Join the Mailing List button!

September is World Alzheimer’s Month, and what better way to get involved than to help promote this wonderful movie or take the lead in bringing it to your city! For me, it was a lovely experience and a real joy to see how much people appreciated the chance to see it locally.

Until next time, go out and Paint the World Purple!!

A special note of thanks to J.T. and Kim for taking time out of their busy schedules to do this Q&A!