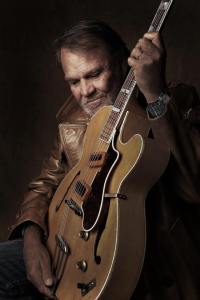 This week, I saw both I’ll Be Me and Still Alice. They were very different, but each was spectacular in its own unique way.

I think the Glen Campbell movie was the more difficult for me to watch for several reasons. The fact that it’s a true story makes it especially poignant, and for people of my generation it’s shocking to see an icon like Glen Campbell declining in this manner. As expected, there were also moments that reminded me very much of my mom.

I’ll Be Me is a documentary about Glen Campbell’s 2011-2012 farewell tour. The family decided to move forward with the tour despite the Alzheimer’s diagnosis Glen had received. Those closest to him didn’t expect the family to be on the road for more than five weeks; however, the superstar surprised everyone. The tour played more than 150 shows over the period of a year and a half.

And Glen was extraordinary.

Seeing clips from the height of Glen’s popularity, hearing those old hits like Rhinestone Cowboy, Southern Nights, and Wichita Lineman, and watching him play the guitar like nobody’s business on this tour resulted in many smiles from audience members. While his behavior became more erratic and he began struggling with simple tasks, the minute he picked up the guitar, it was pure magic. It was as though he had been transported back to the ’70’s.

Producer Trevor Albert and producer/director James Keach really highlighted the fact that Glen maintained his wry sense of humor and fun loving demeanor even as the disease chipped away at his mind. The lesson for those who are unfamiliar with Alzheimer’s is a simple yet vitally important one. People living with dementia do change drastically but they never leave us. They’re always very much “in there” – we may just need to venture into their world when they are having trouble navigating ours.

I was happy to see they did include a couple of very raw scenes demonstrating behavioral issues; anger, agitation, anxiety – all the things that the disease eventually brings. While unpleasant to watch, in order to paint an accurate picture, they must be shared.

Overall, the filmmakers found just the right balance, telling the story in an honest manner, sharing both the ups and the downs. In one scene, Glen and his wife Kim were at the Mayo Clinic, and the neurologist asked the questions we’ve all heard if we’ve accompanied a loved one with dementia to an appointment.

What year is it? Where are we? Can you repeat back the words I gave you a few minutes ago? Reminding me very much of my mom, Glen used humor to skirt around the fact that he didn’t know the answers. The expression on Kim’s face said it all and brought back vivid memories of my own personal experience.

Some have questioned whether I’ll Be Me exploited Glen once his condition began to deteriorate. I don’t think so. Throughout the film, it was quite evident that Glen was in his element. The minute he took the stage in front of his adoring fans, his heart overflowed with joy, and the moments shared with his crew, friends, and family offstage were equally heartwarming.

I found Glen’s relationship with daughter, Ashley, especially touching and tender. Their rendition of Dueling Banjos was astounding, and when they finished, everyone watching the film broke into applause – so caught up in the moment that it felt like we were watching the performance live.

I’ll Be Me is a beautiful and lasting way to honor Glen Campbell’s life and legacy. The affection and devotion surrounding the Campbell family shone brightly through the entire film and while there were plenty of tears, I think we all left that evening with our hearts full of love and hope.

I highly recommend seeing the film and pray it brings increased awareness to this horrific disease.

Click here to see when I’ll Be Me will be coming to your area. If you’ve seen the film, I’d love to hear your comments! And stay tuned as Glen’s song I’m Not Gonna Miss You is up for an Oscar later this month. A few weeks ago, it took the Grammy for best country song!

__
A very special thank you to National Church Residences for sponsoring this event in Columbus, Ohio.

Postscript: This lovely article by Greg O’Brien, himself diagnosed with younger onset Alzheimer’s, appeared on Psychology Today’s blog in October 2014.